The area of ​​the premises is only 9 square meters, and the main task of its arrangement was to create a functional space with minimal costs. The layout of the kitchen is straight, the kitchen set with wood-like facades looks elegant. Modern style supported by a painted ceiling and laminate floors.

The repair on our own was a success. Since the financial possibilities of the family are very limited, they had to save on everything. Initially, there was a kitchen of 10 squares, skillful hands and a little money for basic necessities. The estimate includes all material costs, and the work is not included, since it was carried out by the landlord.

Attention! Earned on our website kitchen designer. You can familiarize yourself with it and design your dream kitchen for free! May also come in handy wardrobes designer.

During the day, the landlord organized the electrical wiring, gouged the walls, installed everything sockets and light switches, hung lamps that cost $ 50. Bought them in Ikea.

The construction of the walls took the most time. The surface was not entirely flat, so I had to putty and level. The wall alone took 3 bags of putty and 2.5 liters of tinted paint. It took just over 3 hours to texture and paint this wall. But it turned out to be an interesting yellow wall with a dining area.

The surface near the window and the opposite wall were painted several times, and it took a whole day to decorate them.

Brick walls look very impressive; the owner made each element himself from plaster. The lesson is very long and tedious, but the result is pleasing. It took three days to sculpt all the bricks neatly. After they were ready, the surface was primed and painted. It took several bags of plaster, three rolls of scotch tape, 5 liters of primer and 7 liters of paint to set it up.

Most of the problems were with the finishing of the ceiling, I had to spend almost the whole day on my feet with my hands up. The battery is closed with a box, like the hood. The box was created from drywall and profiles, its surface is plastered and painted.

A total of $ 140 was spent on finishing materials, which is not much.

The floors cost $ 120, some of which was spent on the stylish laminate flooring, the rest on baseboards and underlays. In order to save money, they decided not to touch the kitchen set. The refrigerator is still good too. A washing machine also fits here.

The hood of German production went to the action. I was very lucky to get this necessary item for 110 dollars. The table and chairs were bought in Ikea, $ 40 was spent on them.

As a result, the repair cost $ 550, a week of time was spent on it. Everything was done on our own, which makes you even more happy! 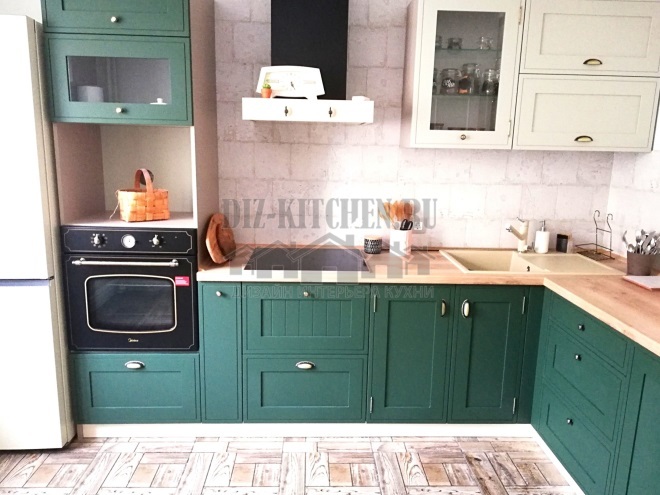 Our kitchen is 9.5 sq. m unusual and extraordinary. The practical industrial trend of Shaker is very close to the loft style, but at the same time it has existed for several centuries and is part o... 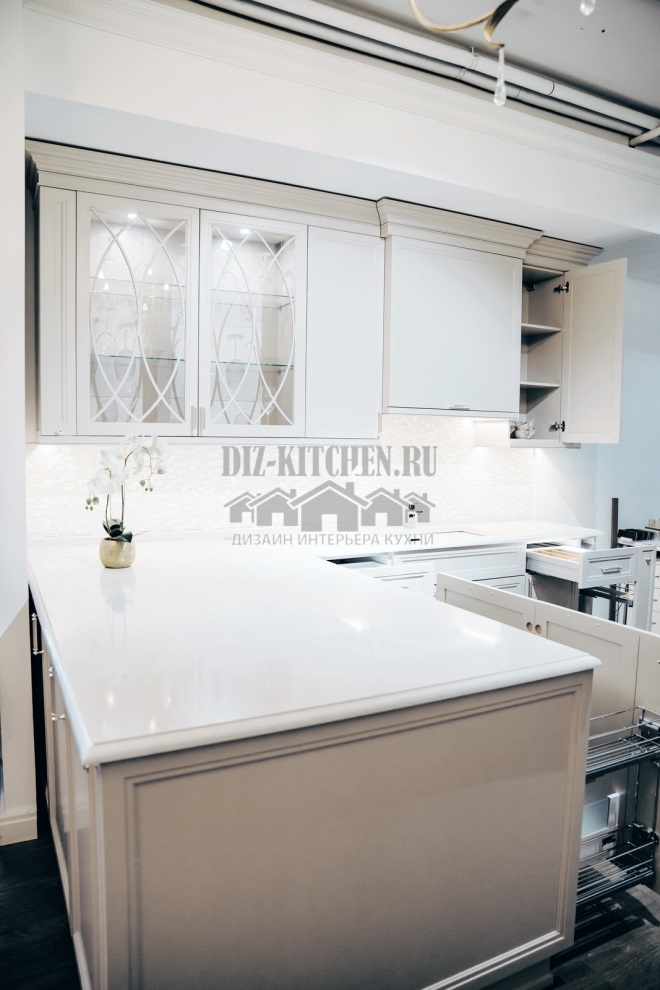 The Opera kitchen of the Italian factory Platino mobili in a neoclassical style is simply created for those who love the discreet luxury of a classic setting. Our white kitchen worth $ 650,000 rubl...

The owners bought their own home, which they had dreamed of for so long. The apartment was purchased with little or no finishing.Photo source - Tut.byAttention! Earned on our website kitchen design...