The kitchen was assembled by the owners themselves. Its area is about 10 sq. m, the width of the wall with a window is 3.3 m, and the walls with a table are 3.15 m. Some of the household appliances were bought before the repair, and something in Ikea (for example, a cooker hood and a microwave oven). The complete decoration of the premises has not yet been completed, but the result obtained was enough to get busy with cooking and keep order.

Initially, it was planned to buy a countertop, the material of which is oak, but since it is whimsical to maintain, it was decided to abandon this idea. The outer part of the headset is Budbin, the handles are Vogelbuda, the table top is Ekbakken. Since the house is located very close to the place where various holidays and events are held, the location of the tabletop has become very successful, because it installed as a windowsillallowing you to watch concerts while cooking.

instagram viewer
. You can familiarize yourself with it and design your dream kitchen for free! May also come in handy wardrobes designer. 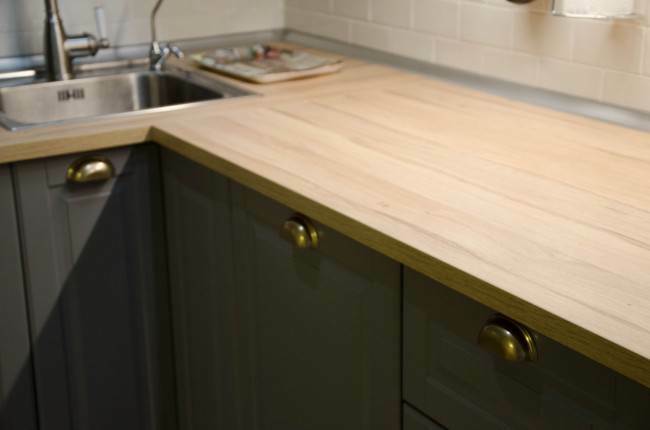 At the moment, the countertop meets all expectations, but the service life is very short - only a few months. It is carefully cared for, to the touch, thanks to its roughness, it is somewhat similar to a tree, but not so whimsical in its care. 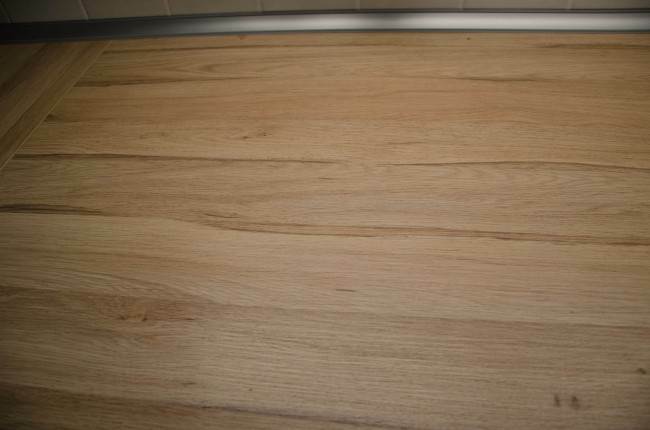 Lamp and chairs - Ingolf. The ceiling height is three meters, the total length of the luminaire is 47 cm. Thanks to the large size of the table, the lamp never touches your head. The lower part of the hectar is about 160 cm from the floor. The luminaire does its job well, bringing coziness and convenience to the atmosphere of the kitchen. It feels like the eating area is separate from the rest of the space. 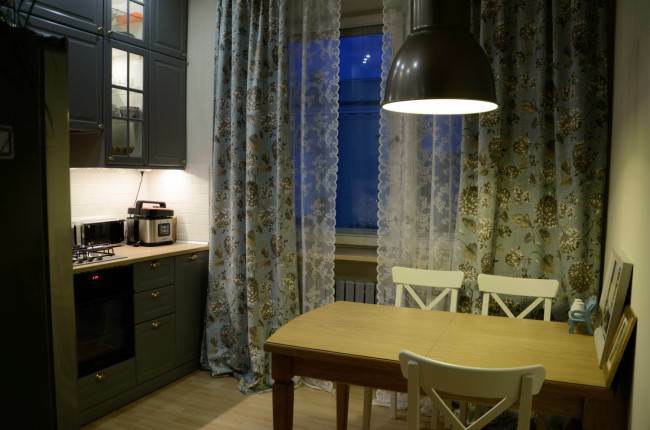 The wall needs to be decorated, the dining group should be covered with textiles. The picture on the table is hand-drawn. 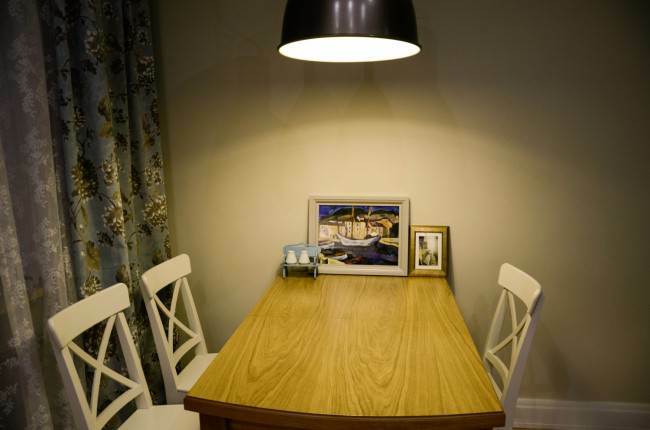 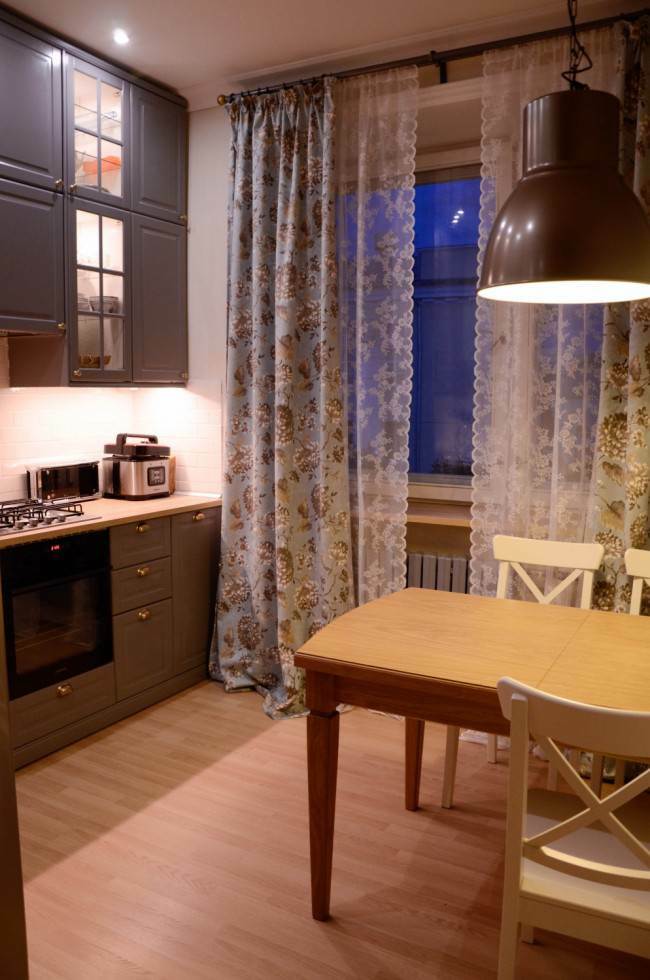 There are no problems with storage - they were solved by the position of the wall cabinets in two rows. The top cabinets store picnic utensils and equipment that are rarely used. The lockers located against the wall open to the left. This is done so that the curtain does not interfere when opening them. Upon completion of the repair, it became clear that opening from the right side would be also convenient. 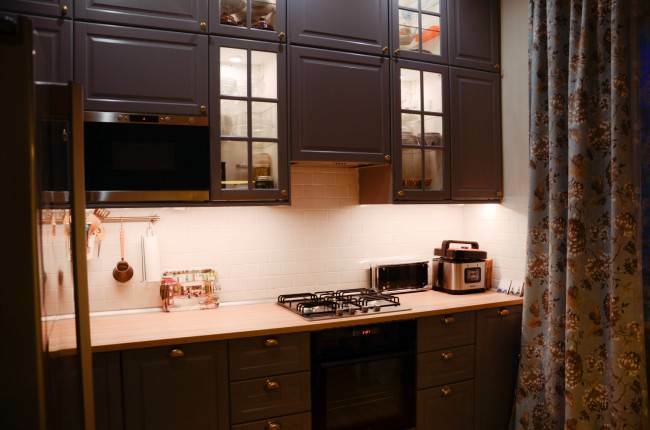 Ribb's shelf has taken its place between several wall cabinets. It is used to store cutting boards. The door of the corner cabinet opens with an accordion. 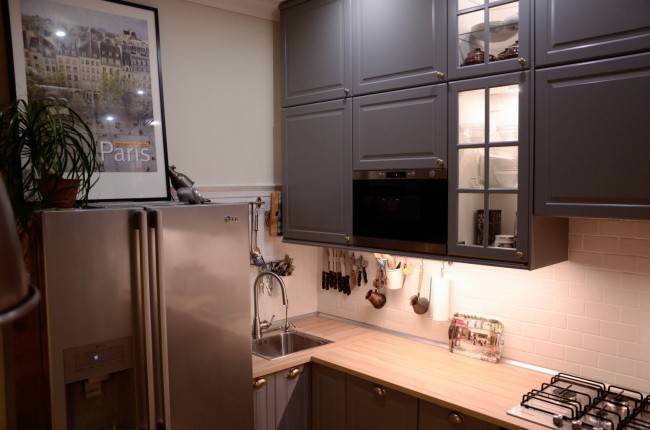 The mixer is chosen by Elverdam, the Ringsher dispenser, and the little things for the kitchen are from Ikea. The sink is located very conveniently, but it is not used very often, as it is replaced Dishwasher. For this, a mixer with a pull-out shower was installed. The sink was installed at the bottom to maximize the space for the work surface. 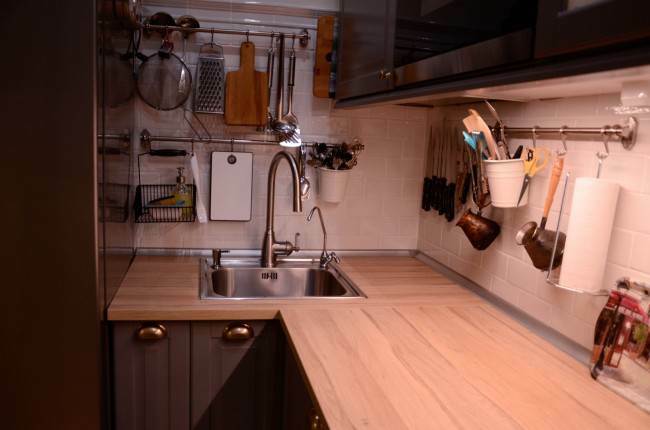 The Ekbakken worktop is made from light oak. Joint without strip. The joint was sealed with silicone sealant, but not thoroughly. This is what contributed to the bloating. 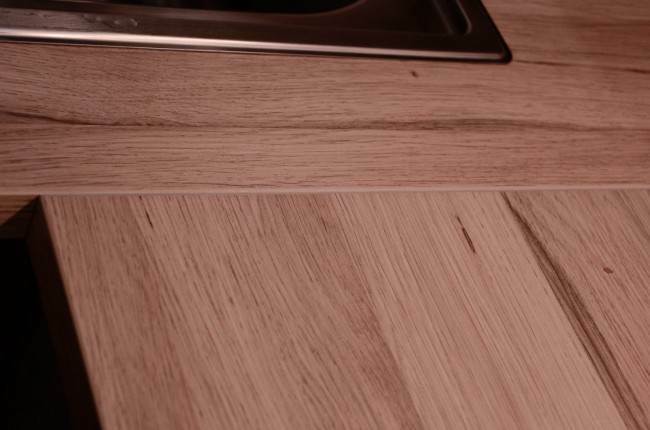 The lower part of the upper cabinets serves as a place for power outlets. The area between the work surface and the upper wall cabinets is made of porcelain stoneware. When ordering, it was not known that the material was porcelain stoneware, therefore during installation roof rails five drills were broken. 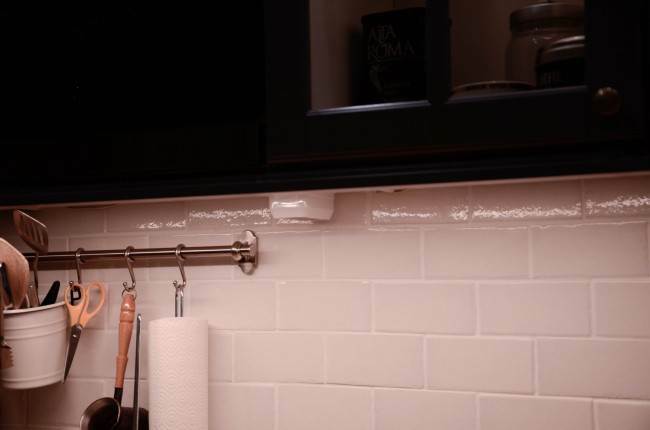 The table was not purchased from Ikea, Ingolf chairs. 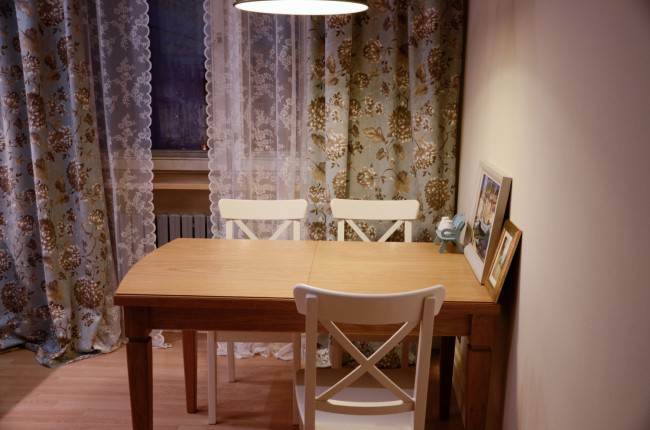 The curtain material was purchased from the market. Cornice Rekka / Hugad + Vasentlig. Initially, it was planned to be a Loft, but thanks to the curtains, it turned out to be a classic. 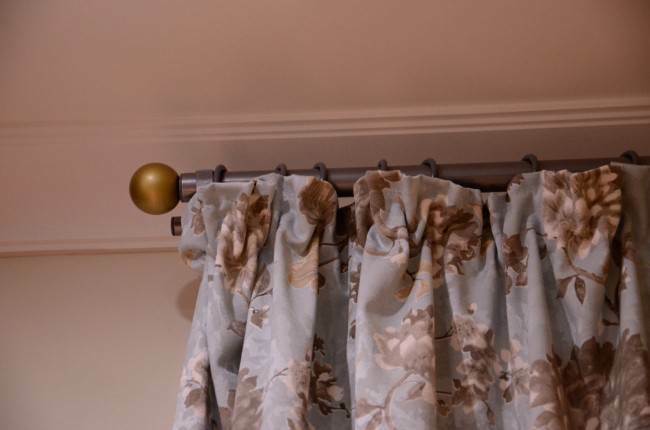 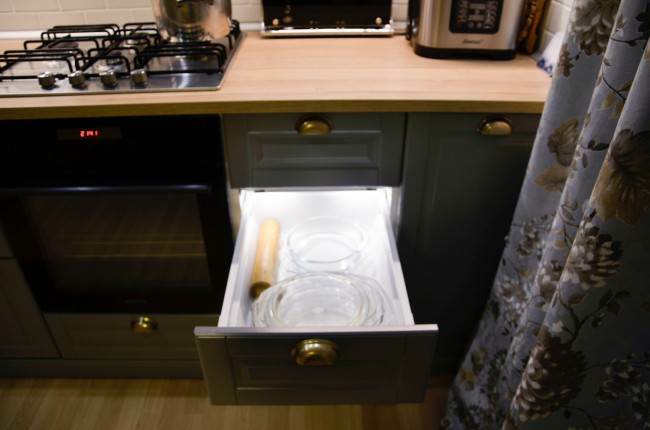 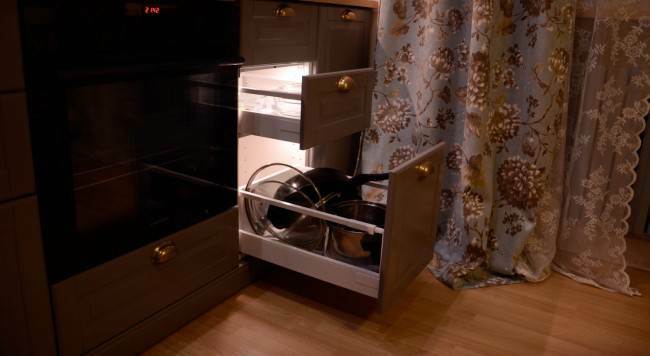 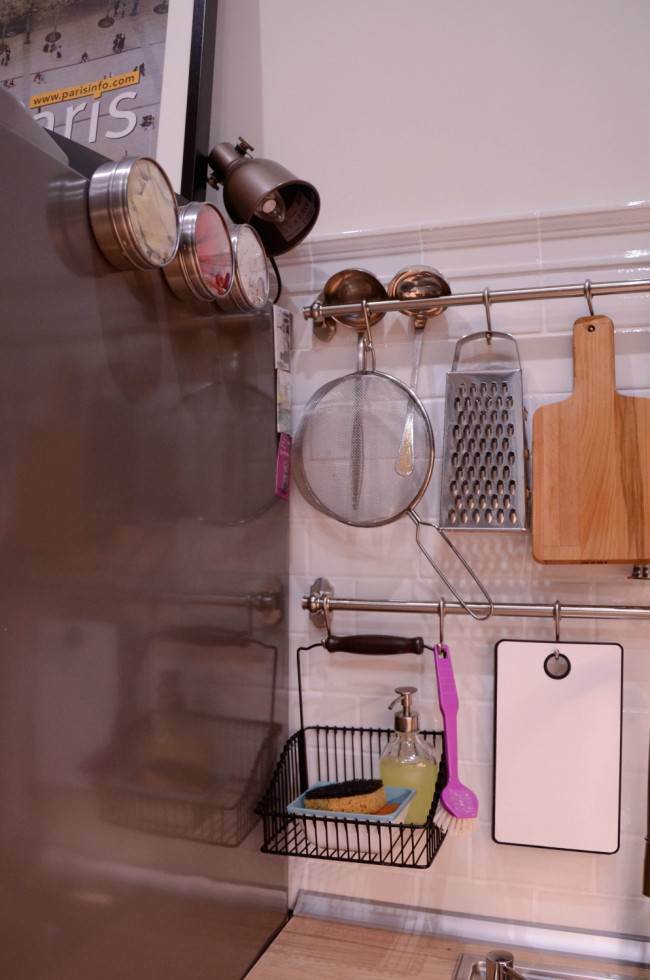 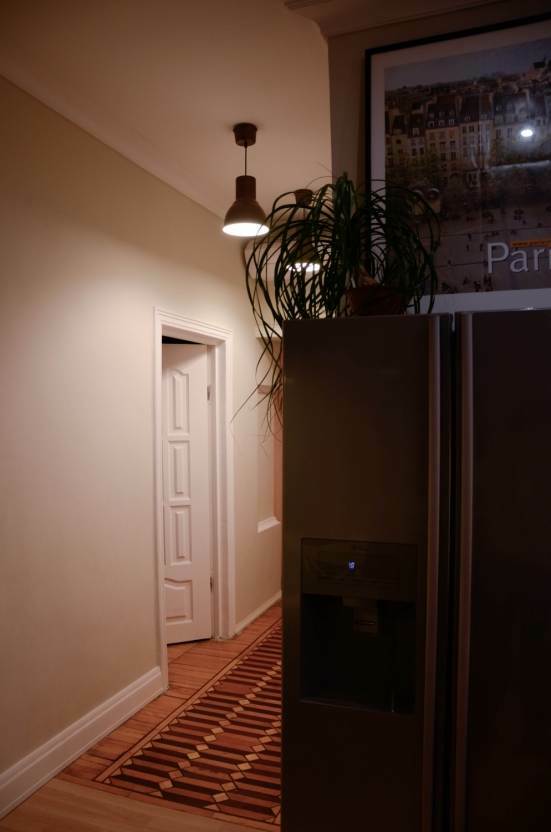 Photo of the headset during assembly. As already mentioned, the furniture was assembled by hand. In the photo, the walls are painted. 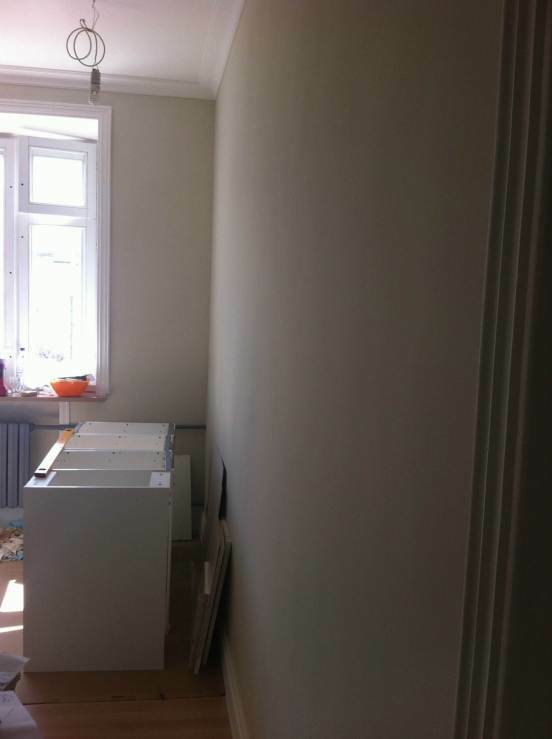 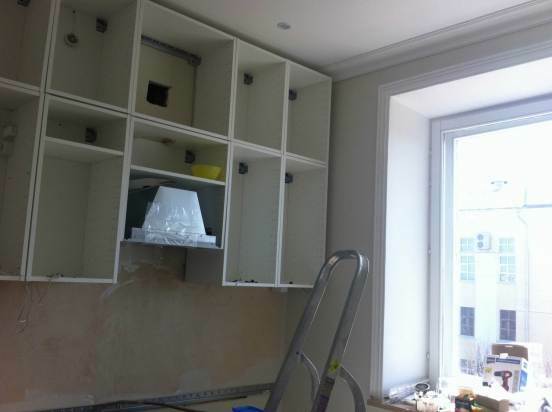 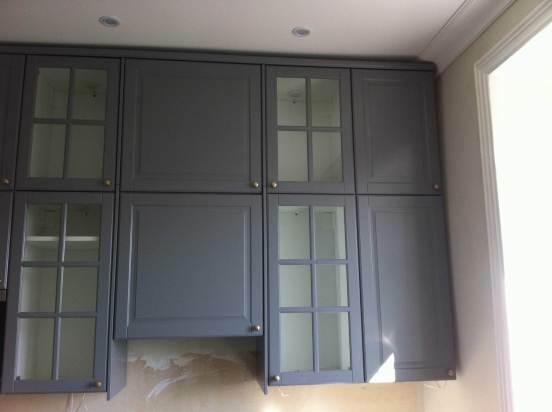 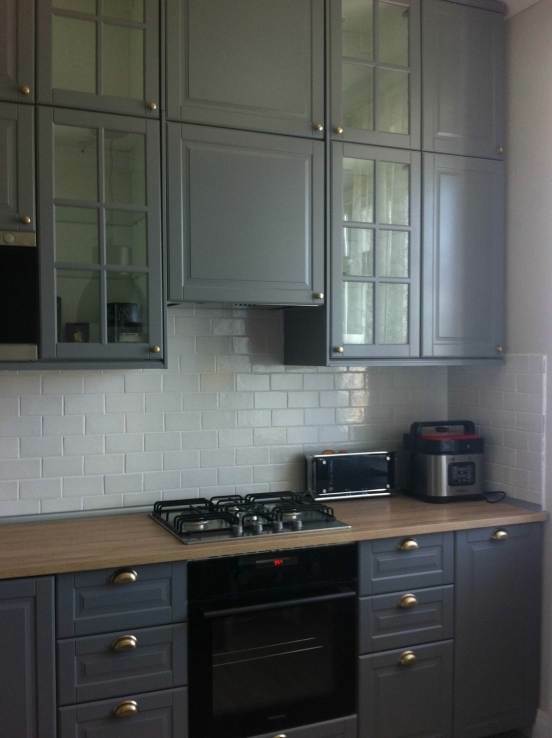 The material of the tiles in the area between the work surface and the wall cabinets is Elios White Country porcelain stoneware from the Italian manufacturer Elios Ceramica. 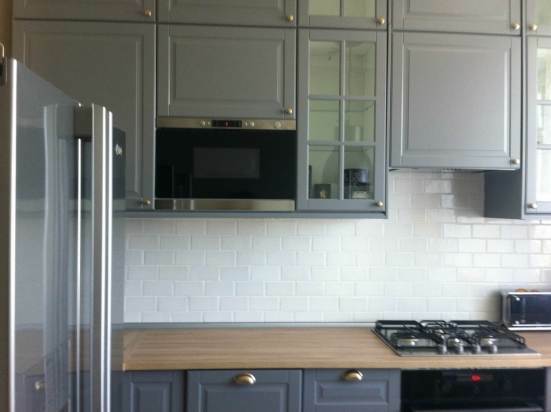 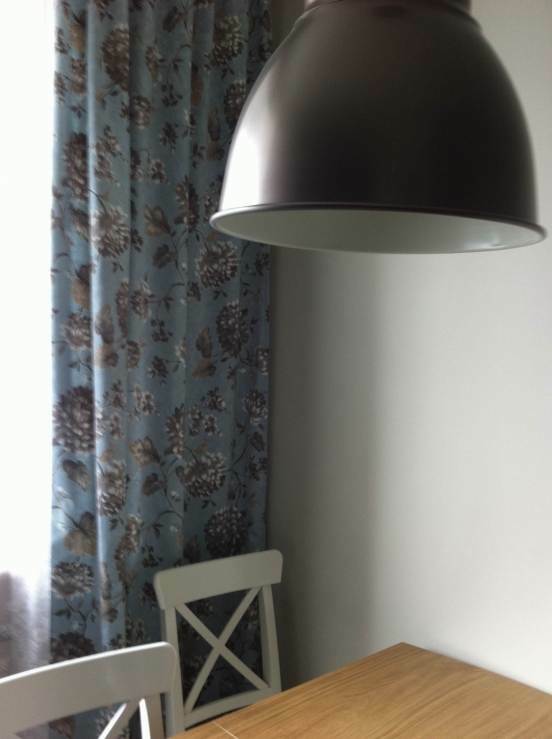 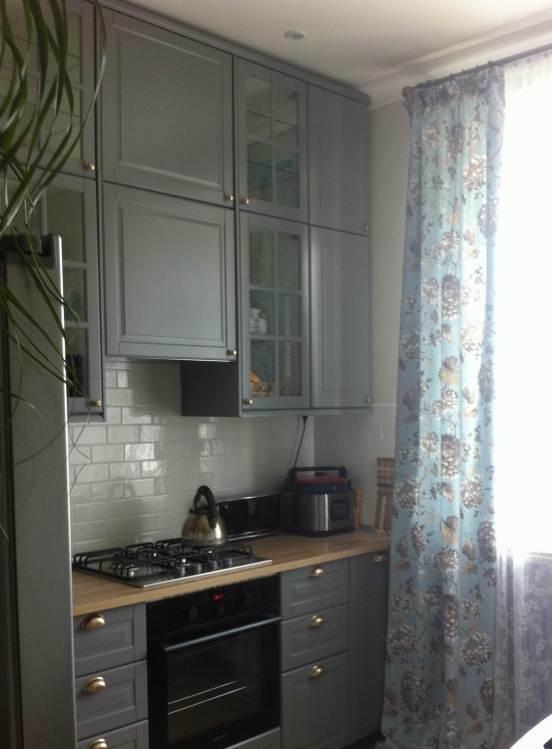 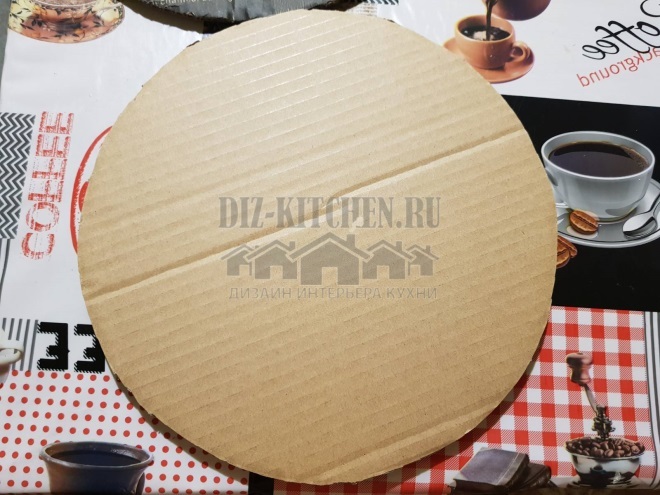 Christmas wreath for the kitchenWith Your Own HandsDesignKitchens

Russia, Moscow region, Moscow+79041000555 It takes ~ 2 minutes to readHow to decorate your favorite kitchen on the eve of New Year and Christmas holidays? Today we are making a Christmas wreath. Ho... 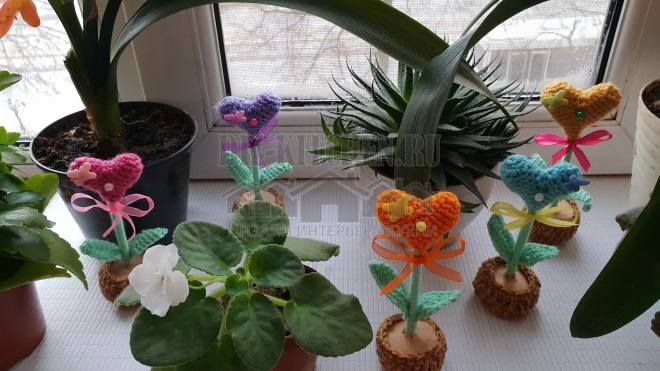 Russia, Moscow region, Moscow+79041000555 It takes ~ 2 minutes to readMany housewives try in every possible way to decorate their kitchen, so often the most beautiful flowers are placed on the kitc... 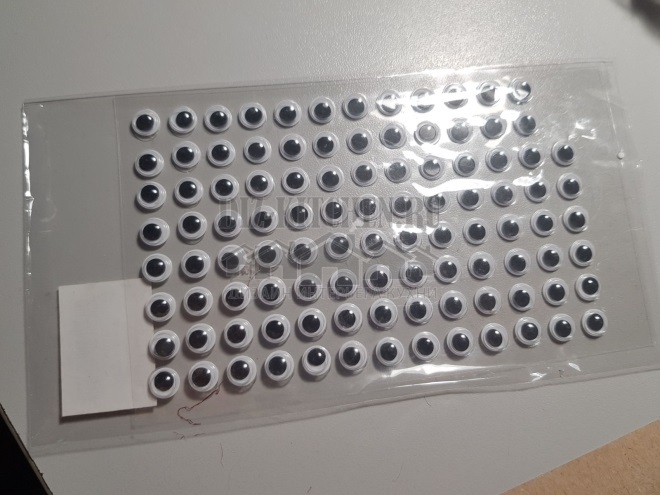 Russia, Moscow region, Moscow+79041000555 It takes ~ 3 minutes to readThe New Year holidays have begun, and everyone begins to think about what to give to friends and family. Today I propose to mak...