Let's talk in more detail how the Electrolux water heaters are designed. We do not promise detailed manuals, but we will tell you what the instruments are stuffed with. Attracting against the background of modern technology. And when the need arises to repair the Electrolux water heater with their own hands, readers will understand what they expect inside. Repair of storage electric water heaters is already considered, today we will be engaged in gas. The company makes only flow-through, and we describe them.

Immediately struck in the eyes of the control of ionization of the flame. How is it done in flowing gas water heaters? A thermocouple is inserted, by means of an emf unlocking electromagnetic valve. The abyss of fire stands, the sensitive element cools, the voltage disappears, the gas supply path closes. It takes time until the thermocouple cools down. The control is carried out on the pilot light of the pilot burner, but the main heat continues to burn nearby, therefore, the response period becomes uncertain.

Ionization control acts instantly. Here was a plasma with a crown of positive charges and a core of negative ones, now gone. The signal of disappearance occurs instantly, therefore, the reaction time is reduced to a minimum.

Flame ionization in a Soviet country began to be studied before World War II.Tartakovsky apparently became a pioneer; in 1935 he tried to measure the temperature of open-hearth furnaces. It is established that the current depends strongly on impurities in the fuel, if the structure of additives is known, the problem is solved with an accuracy of 4%.In electrolux flowing gas water heaters, knowing the composition of the gas, it is possible to control the combustion temperature.

Why the effect becomes possible? Already mentioned that in the matter of fire there are positive charges on the surface, in depth - negative ones. If an electric field arises, the carriers become ordered in motion. The phenomenon is called the wind of Chettok. Of course, when the crown is broken, the charges disappear. The heated air itself is not ionized.

A candle-shaped electrode is used for control, the tip of the device is located at the root of the flame of the pilot burner. At the same time, the part performs the function of ignition. In this case, two wires are suitable:

Assume that there are other options. Often the electrode is made of a cantal( trademark of fehrl), the wire to it stretches solid. The role of the hull( earth) is played by a pilot burner. From it, the electrode is separated by a ceramic coupling. It happens that the control of the presence of ionization in the described construction does not work.

Understand that the sensor is just a piece of wire. Malfunctions are possible in the measuring circuit. But debugging is simplified, for the test you can take nichrome. Then the breakdown is more easily localized. Now, instead of a spark plug and a thermocouple, there is a single electrode that performs a dual function. Do not look for what is missing in the scheme initially.

A lot of copies were broken in conversations, is it worth taking a cantal instead of fehrl or nichrome, in fact, for a piece repair of gas-fired water heaters, the question is not worth a damn. The wire is small, regardless of the cost per kilogram or meter, the savings will be scanty. Another thing is where to get rare material. In specialized stores is rare, although it was used in the USSR.The Kanthal brand is owned by the Sandvik Group. This is a Swedish company, like Electrolux. Therefore, there is no doubt that wire is used as a sensor.

If desired, replace with fehral or nichrome.

For optimum efficiency, it is necessary to dose the mixture of gas and air correctly. In practice, the correct dosage is difficult to implement, so most manufacturers focus on the pressure in the gas supply system. Kits are used to switch to a different type of gas or trimmers. There is also a combination of technical solutions. Do not turn on the gas water heater in the network not intended, provoking negative consequences.

Features of Electrolux water heaters: there are two regulators. It is difficult to understand.

Both control knobs affect the final water temperature. If the gas supply is reduced too much, the specified parameters will not be achieved. The valve will open to the maximum, but the gas is not enough. However, such mechanisms, albeit in a complicated way, allow precise adjustment of the equipment. Electrolux gas water heaters are equipped with a sophisticated electronic board, which is used for control and analysis. Repairs carried out by replacing the purchased from the dealer.

Inside the gas-fueled gas heaters Electrolux “microswitch” controlling the water flow. How this detail differs from a typical water node, unfortunately, we can not tell. If the gas water heater does not turn on and does not turn off automatically, a fault should be sought in this thread. The sensor signal is supplied to the circuit, from where the command to the corresponding gas supply valve is generated.

For example, in the GWH 265 ERN NanoPlus manual, an inferior drawing is given, from which it is clear that both the water node and the membrane are. So, there is the usual adjustment of the gas supply. Nothing is said about the pilot burner, but there are several electrodes of ignition. Fuel is fed directly to the main burner. To control the flame, there is one candle on the left, discussed above.

However, the water unit acts on the microswitch, receiving a signal of which, the control circuit changes the position of the gas node servo valve. Sensors are available:

We add that there are two electrodes of ignition: on both sides of the burner. Please note that the system only valve! Operated by a solenoid, most likely in the normal state closed. When power is lost( batteries run out), the gas-fired gas heater simply stops working. The valve regulates the hot water temperature and fuel consumption.

We believe that the localization of the malfunction has been simplified, and the repair of the Electrolux water heater has become more difficult. Now the master will have to make friends with electronics in order to repair broken motherboards.

What caused the long turn-on time of the Electrolux flowing gas water heater?10 seconds - a lot. It takes time for the necessary discharge voltage to accumulate the spark plugs. Do not forget that there are standard batteries inside. By the way, the front panel has an indication. When setting off repair of Electrolux water heaters, make sure that the power supply is normal! There is a question why not to power the device with a voltage of 220 V. Using batteries, the electrolux gas-fired gas water heater falls into electrical safety class III, allowed to be used without restrictions in bathrooms. And this is a big plus.

Repair of electric water heaters is simpler than gas, but power after the last. And a purely specific moment. If the gas flow heater coil( column) is made of copper, try to keep the device isolated from other plumbing fixtures. Otherwise, electrochemical corrosion will cause endless repairs.

The use of autonomous water heating systems is spreading not only among owners of private houses, but also among residents of apartment buildings. If for some this is the only way to increase the ... 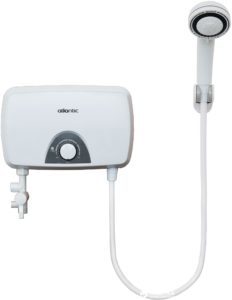 Despite the fact that we live in the age of information technology, interruptions with hot water in private and apartment buildings are not a rare occurrence. At the time of pressure testing, wate...

How to turn off the water heater when given hot water: at night, for a long time.Water Heaters

Usually, in the spring-summer period, a wave of crimping starts in Russia, which is accompanied by a shutdown of hot water supply. In some homes, the lack of hot water can last up to several month...