At first, find out the type of engine. Not always solve the problem unequivocally. Appearance does not talk, the old motor nameplate able not correspond to the actual filling machine. We offer a brief look at what asynchronous and commutator motors are commercially available. Operating tell the difference, the key properties, external and internal. We discuss the connection of single-phase motor to AC power.

Commutator motor comprises at least two brushes. The three-phase encounter rarely. For information about these units are described in literature of the last century. Commutator applied three-phase motors by adjusting the rotational speed in a wide range. The motor of this type is provided with brushes, copper drum divided sections. Skip sign with the naked eye is difficult. Examples commutator motors:

Commutator motors are widely used to provide a relatively simple reversal realized by shifting the winding switching. The speed is adjusted by changing the angle of the cut-off voltage, or amplitude. Common disadvantages collector engines include:

Everything is good in moderation. Commutator motors will provide a predetermined power (torque) at the start, after the dissolution. Relatively easy to adjust the speed. Named reason hobbies home appliances collector varieties, asynchronous motors are the heart of the equipment, which has high demands on the sound pressure level. Fans, hoods. Severe Conditions require making major design changes. Increased cost, size, complexity, making it unprofitable to manufacture.

The commutator motor is characterized by a... collector. Even if you can not see from the outside (hidden hood), note the indispensable carbon brushes, pressed springs. The item needs to be replaced in due course, help commutator motor asynchronous distinguish.

Agreed - three phase collector engines to get difficult, it is the current section on asynchronous machines. Species list:

Learn how to distinguish a single-phase asynchronous motors of three-phase type. In the latter case, there is always inside three equal windings. Therefore it is possible to find three pairs of contacts which, when tester studies provide the same resistance. For instance, 9 ohm. If the windings are combined in a star, with the same pin will have three impedance. Of these, any pair gives identical readings displayed by the meter screen. Resistance each time equal to two windings.

Since the current must go out, sometimes three-phase motor has a neutral output. Star center, with each of the other three wires gives an identical resistance, twice less than the pairwise demonstrates continuity. symptoms mentioned above speak eloquently: a three-phase motor, the subject of today's conversation alien.

Considered heading winding motors contain two. One pad, or a capacitor (auxiliary). Conclusions are usually three or four. The lack of decorating the body capacitor, you can try to reason puzzling destination contacts as follows:

Learn how to distinguish bifilar motor from the capacitor. It should be said, the difference is purely nominal. Wiring diagram for single-phase motor is similar. Bifilar winding is not designed to operate continuously. It will prevent, reduce efficiency. Therefore cut off after a set speed puskozaschitnoy relay (inherent in domestic refrigerators), or centrifugal switch. It is believed launcher winding runs a few seconds. According to generally accepted standards, will provide start-up to 30 times per hour for 3 seconds duration each. Further coils may overheat (burn). The reason for limiting inrush finding winding energized.

Nominal difference, but professionals say a curious feature of which is judged, in front of us bifilar or capacitor motor. The resistance of the auxiliary winding. It differs from the nominal value of working in more than 2 times, most likely bifilar motor. Accordingly, the start winding. The capacitor motor is running, using the services of the two coils. Both are constantly under stress.

The test should be carried out carefully, in the absence of Thermal Cutoff, other remedies may start winding burn. We'll have to spin the shaft by hand, is clearly not an easy task. Sometimes it is advisable to connect a single-phase induction motor is a single-phase network made using a similar scheme as done in the previous equipment. Private refrigerator is equipped with launch protection relay, a separate topic of conversation. Device parameters are closely related to the type of engine, the mutual replacement is not possible in every case (violation of the simple rule can cause breakage).

To mention two: the conclusions of the windings can be three or four. The number of uninformative. Permissible steam thermal fuse contacts. Plus as described above, including centrifugal switch. In case of continuity resistance at little or vice versa - we fix the gap. By the way, do not forget the determination of resistance to each end of the coil to try on the case. Insulation standard not lower than 20 MW. Otherwise, it is worth considering the presence of breakdown. Also assume that the three-phase motor having an internal switching windings are star-type, may have a neutral output to the body. In this case, the engine requires the indispensable ground under which provides terminal (but more likely that the engine simply out of order due to breakdown of the insulation).

How to choose a capacitor start single phase motor

We have been told how to pick up a three-phase capacitor start motor, but the method in this case is not necessary. Fans recommend attempting to make entry into the so-called resonance. In this case, the unit consumption to be about 9 kW (!) Of 100 watts. This does not mean that the shaft will pull the whole load, but in idle mode, consumption will be minimal. How to connect an electric motor in this manner.

Fans recommend to focus on the current consumption. At the optimum power becomes minimum capacity. Rate the current consumption can be using Chinese multimeter. And so, the connection with a single-phase motor starting winding operate guided circuitry on said housing. There are listed, for example, information:

So, if you take a single-phase induction motor, wiring diagram are often indicated on the package.

Laying of power cables is carried out according to the EMP.Note that the current seventh edition is only part of a general set of rules. Prefer to consider the sixth. The second section focuses o... 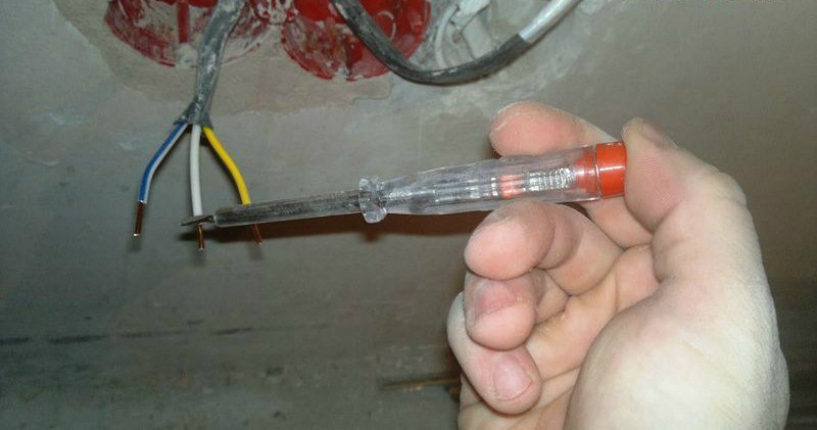 The selection and installation of lighting fixtures is one of the most enjoyable stages of home interior decoration. A beautiful chandelier of a spectacular design can become the "heart" of the ent... 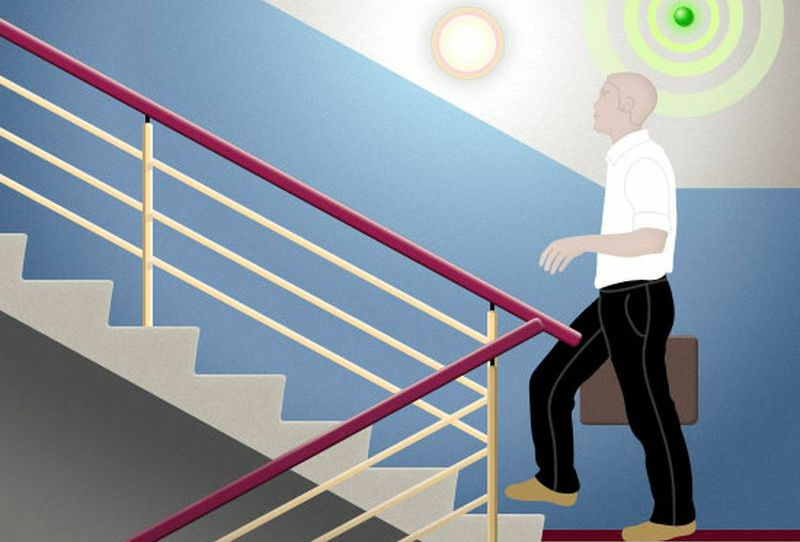 Luminaire for an entrance with a motion sensor: TOP-10 best offers on the market + what to look for when choosingLamps And Light BulbsElectrics

Enter the dark entrance, carefully climb the steps and feverishly remember whether there are 6 or 7 of them, feel the elevator button on the wall... Agree, there is nothing pleasant in this. But le...