Convection oven - what is needed: 3 Features of use

When buying a new gas stove in the appliance store, I strongly suggest to pay attention to the multi-functional model, in which the presence of air convection. I wonder how necessary this mode? Together, let us understand, what is needed in a convection oven.

convection feature increasingly common in new models of electric and gas ovens. To get the most out exactly what it is and how to use this feature, you need to know what an electric convection oven.

Feature 1. What is the convection?

What is a convection oven? In fact, it is the circulation of hot and cold air inside the stove. Air exchange occurs, because the housing of the gas and electric cookers equipped with a special fan which surpasses air (fan arrangement shown in the picture below).

In a modern oven with convection built different baking modes, grill and defrost. This allows to cook multiple food, greatly reducing gas consumption (electric power) and the amount of time for preparation. Detailed instructions from the manufacturer tells you how to configure the necessary parameters.

Thus, convection - function in which the inside of the oven there is forced circulation of air, whereby there is formed the same heating temperature on all sides.

Feature 2. Main types and advantages of the convection plates

There are three popular types of plates, which are equipped with convection:

To see if the convection oven is necessary, we explain the advantages of this feature.

In some cases, it is recommended to include blowing:

We mentioned earlier that many furnaces are equipped with forced air by blowing. Recently on the shelves there are increasing ovens equipped with moist convection mode.

The panel of both the gas and electric stoves must be a corresponding icon. Usually it looks like a three-bladed fan.

We found that convection is why it is needed and when to use this feature. Videos in this article will tell about the differences between the main operating modes of the oven. If you have any questions - I will answer them in the comments.

Do not miss the most important: 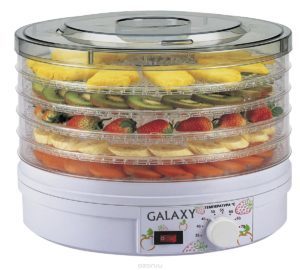 Dryer for vegetables and fruit with his own hands: features homemade manufacturing dryers for fruitsAppliances

The garden grows a storehouse of foods rich in various minerals, beneficial to humans. But unfortunately, in a fresh variation consume them turns only in summer and autumn season. And fruits requi...

With the advent of American TV shows in Russian homes, a fashion for toasts appeared. It was in these atmospheric films that bread was fried and if it was with a delicious crunch. Now in the kitch...