Joining the balcony to the kitchen

When you count every square meter in the kitchen, you grab on to any idea, just to avoid the hustle and bustle, and the feeling that you live in a hostel. If the apartment has several balconies and loggias, then it is quite possible to sacrifice one of them in order to increase the usable space. 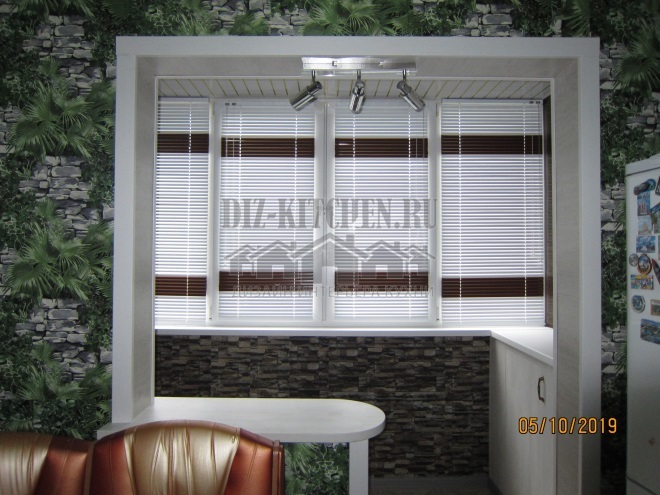 The difficulty in such a redevelopment lies in the fact that the demolition of a window sill block is fraught with fines and violation of the structure of the house, since it can perform a load-bearing function or hold a balcony slab. But in our case, nothing was disturbed, and the former window sill, on the contrary, began to perform additional functions - another work surface and space zoning.

Attention! Earned on our website kitchen designer. You can familiarize yourself with it and design your dream kitchen for free! May also come in handy wardrobes designer. The walls on the former loggia were sewn up with laminate. This is a timely and surefire way that helped transform the interior of the apartment. A separate surface that stands out against the general background will always be the center of attention. The walls are finished not only with laminate (dark brown color, 33 class, 8 mm thick), but also with PVC panels (bricks). 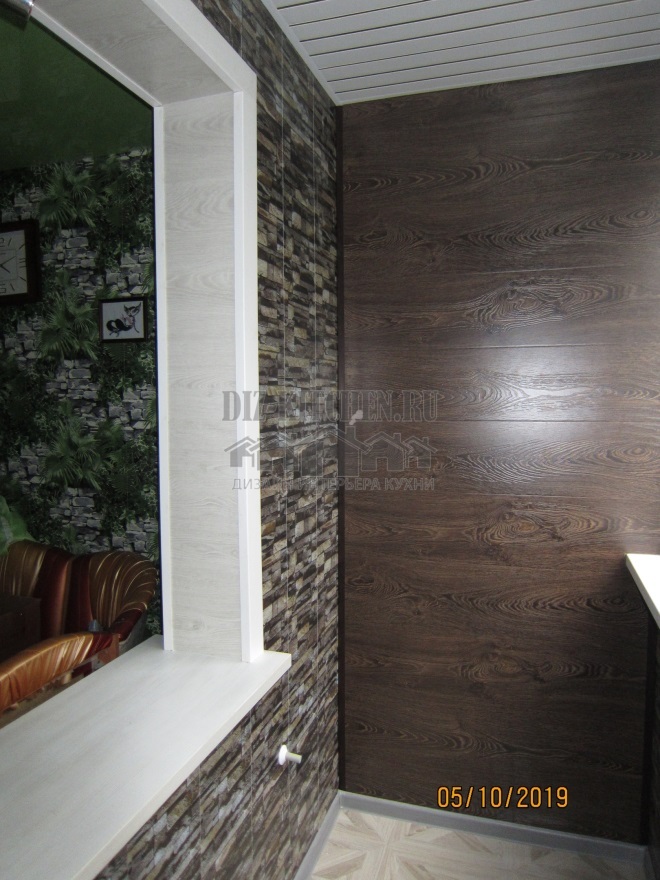 The bricks in the newly formed niche are very similar to the drawing on the kitchen wall - this is a good solution that creates a harmonious composition. PVC panels are wear-resistant and shock-resistant material, easy to clean, not afraid of moisture and very practical.
On the floor - parquet board and new skirting boards, on the ceiling - PVC panels, slopes are also made of laminate (bleached oak color). 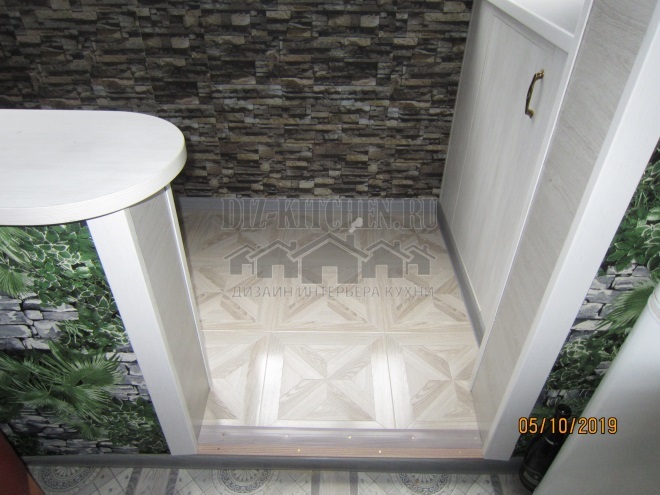 The window on the former balcony required enhanced lighting, but later the room began to look brighter and more spacious. The opening was decorated quite interestingly - the balcony block was dismantled, old finishing materials were removed, the walls were insulated and at the same time waterproofed and the balcony frame was glazed. The blinds on the window are horizontal metal, white and dark chocolate colors. 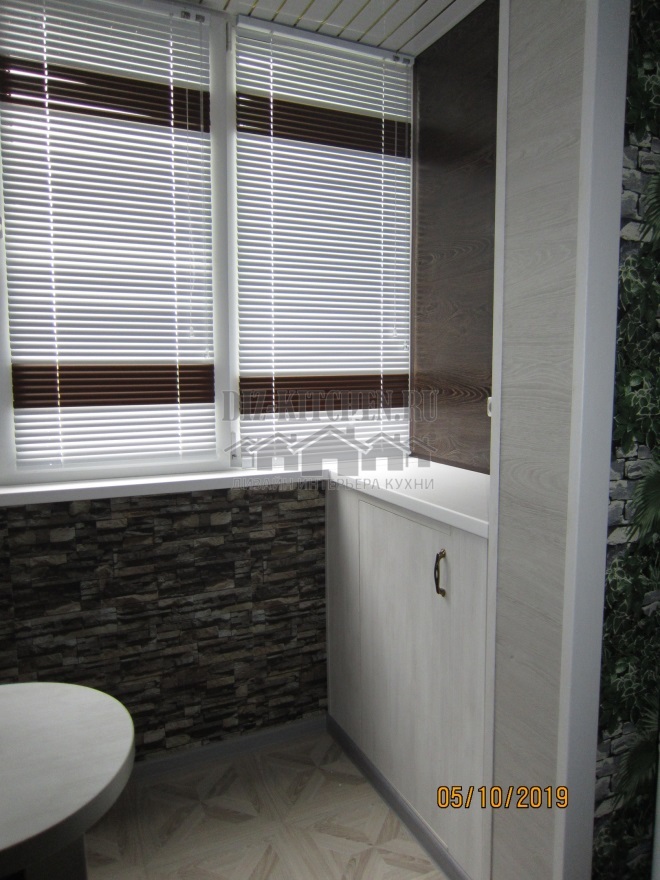 The table top is made of laminated chipboard with plastic facing, the color Northern tree. In the newly formed niche, new electrical wiring appeared, sockets, switches and an additional lamp were installed.

The furniture was assembled - a cabinet for a microwave oven made of laminated chipboard furniture in Northern tree color, which became an additional and much-needed storage space. The functionality and comfort of the premises have increased significantly. The kitchen has become more comfortable, because the new corner has managed to fit organically into the overall interior design. When carrying out repairs in small kitchens (8 sq. m) you always want to place everything in such a way that the space does not suffer, and at the same time there is a cozy dining place with the mo...

The area of ​​the room is 10 squares. It is located in a three-room apartment. Ceiling height - 2.5 meters.Photo source - Tut.byAttention! Earned on our website kitchen designer. You can familiariz... 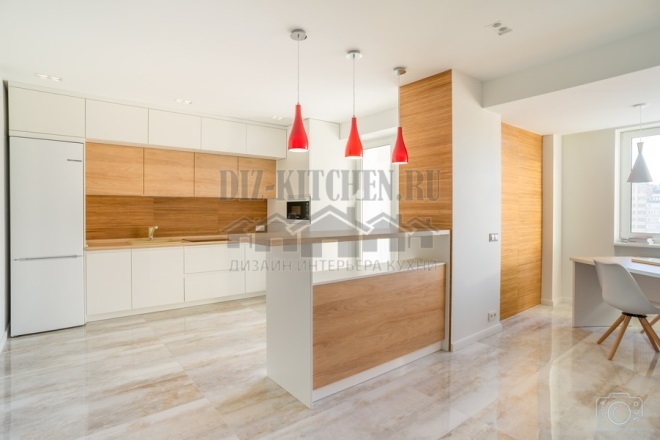 White-wood interiors are loved by customers for many reasons. This is very practical, because the main work area is made in a non-staining light brown tone. The color contrast always looks effectiv...