American in plumbing: what it is, what it is for, what it looks like, types, installation rules, materials, key, advantages

"American" in plumbing is a fitting that appeared later than the others. It was invented in America, hence the name that Russian masters came up with. Its purpose is to connect pipes and plumbing, stop valves.

In fact, the "American" is a replacement for the usual drive. But at the same time, it belongs to the category of detachable connections, hence its demand.

What is an "American" in plumbing: design and characteristics

The pressure that this fitting can withstand is marked on the body of the product. Temperature - up to +120 ℃.

Main areas of application in plumbing

In domestic pipe lines, it is used at the junction of plumbing, measuring instruments. For example, when installing water meters, filters, valves. With its help, heating batteries, heating boilers and boilers are connected, circulation pumps.

The frequent use of "American" is justified. After all, it is a disconnected connection. If there is a need to repair or replace any plumbing fixture, you just need to unscrew the union nut on the fitting. This can be done by hand or use a wrench. It will take 1-2 minutes to open the joint, no more. No effort or complicated cutting equipment.

At the same time, with the help of the "American" it is possible to connect pipes made of different materials: metal-plastic, metal-metal, plastic-plastic. It is this quality that increases the versatility of the product.

What are the types of "American"

On the market, "American" is widely represented. Here, not only the dimensions, but also the shape, connection type, raw material are different. Therefore, in each case, a specific fitting is selected for plumbing.

On the thread, the pipeline part has two positions:

The first is a standard product used most often in plumbing. She has all the threaded ends - straight cylinders. The second one has a cone-shaped slope. It has a tapered thread. A distinctive feature of the second connection is high tightness. Therefore, for sealing, no additional sealing material.

The form of "American" for plumbing

There are also two varieties:

The first is used when it is necessary to connect pipes located on the same axis. The second is located at right angles.

Features of an American crane

Ball valves in plumbing have taken a special position. They are easy to install and use, a high degree of tightness, increased reliability in terms of the absence of leaks during operation. Manufacturers offer many types ball valves, where the American crane is not the most popular specimen.

Although we must pay tribute that with the help of just such a crane there is no need to use additional elements and fittings of the pipe line. For example, in order to connect a conventional ball valve to a pipe, it is necessary to weld a spur to its end.

More often this element of plumbing is installed on the radiators of the heating system. At the inlet of the coolant, at the outlet.

It turns out that the valve itself in this type of valves performs the functions of not only a locking device, but also a connecting element. In the "American" coupling, it is performed by a threaded drive at both ends.

What materials is it made from

The materials are practically the same as those used in the production of any type of valves for plumbing:

The latter are mainly used when laying pipes of large diameter. There is no GOST for this product. Manufacturers use the standards that apply in the production of cast iron nuts.

Brass "American" - the most popular type: inexpensive, with good performance, long service life. To increase the latter figure, manufacturers apply a layer of chromium or nickel to the surface of the fitting.

With the advent of plastic pipes on the market, steel is produced combined "American" for plumbing. The connected parts of the product remained metal. But the pipes are made of plastic. Therefore, this variety is used to connect plastic pipes. This category also includes "American women", one part of which is metal, the other is combined.

How an American is installed in plumbing

For example, in order to connect two pipes together with the help of an “American”, it is necessary to prepare the ends of the first ones - cut the threads on them and screw in a one-way coupling. Then the sequence is as follows:

If necessary, connect the pipe to heating radiator, then everything goes like this:

If plastic pipes are joined, then the connection is carried out by soldering. The combined version is used here.

What is the key for the "American"

You can carry out the installation of "American" in plumbing with different tools. The main thing is not to reduce the quality of the pipe connection. The simplest and most reliable tool is an adjustable wrench. But use it if you need to tighten the union nut. The gas analogue cannot be used here.

If it is necessary to screw, for example, the threaded part into a heating radiator, then more often for this they take the same adjustable the key, because special “American women” are made for heating batteries - with a hexagon on the drive without nuts. It is the hexagon that helps to carry out the installation.

There are other types of fittings where the hexagon is missing. Therefore, for such an option, in order to tighten the drive, a special, aka universal, key is required. It has its own name - a stepped key for an "American".

It got its name from its shape. These are several cylinders located on the same axis, of different diameters. The last indicator determines the hole inside the fitting, that is, its inner diameter.

On the key, on its stepped part, there are two grooves located on opposite sides of the tool. Inside the drive, two ears are made for them, with dimensions for the grooves. The key is inserted so that the lugs of the fitting fit into the grooves of the tool. When the key is rotated, the first ones rest against the walls of the second ones - this is how pressure is created. There is a rotation of the drive of the "American".

There are several versions of this tool. One of them is with a ratchet. The second is a flat stepped key. Apply end models in the form of hexagons. The latter can be solid (monolithic), detachable - the hexagon is separate, the handle is separate.

About the handle. Three forms are mainly used:

Some craftsmen make keys for "American women" themselves. Because this tool is not cheap.

Now you know everything about the "American" used in plumbing. If someone wants to add information, we will be happy to read it in the comments. Save the material as bookmarks so that you can return to it at any time. 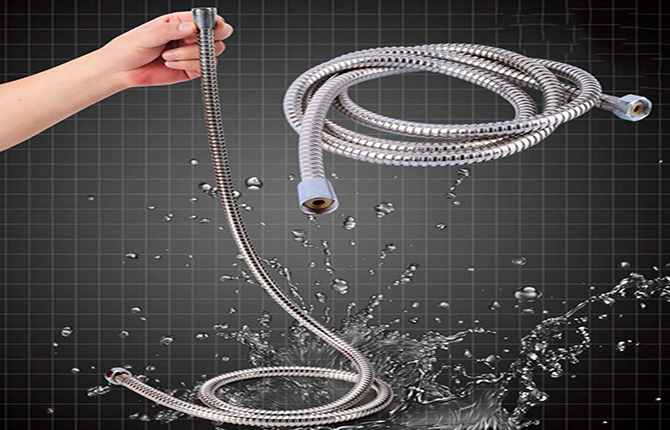 Shower hoses: features, how to choose, types, device, PVC, how to make, repair, threaded, for a mixerPlumbingFaucets And Mixers

Shower hoses for the entire period of operation pump more than one ton of water through themselves. Accordingly, they are subjected to significant loads, and subsequently begin to leak and tear. It... 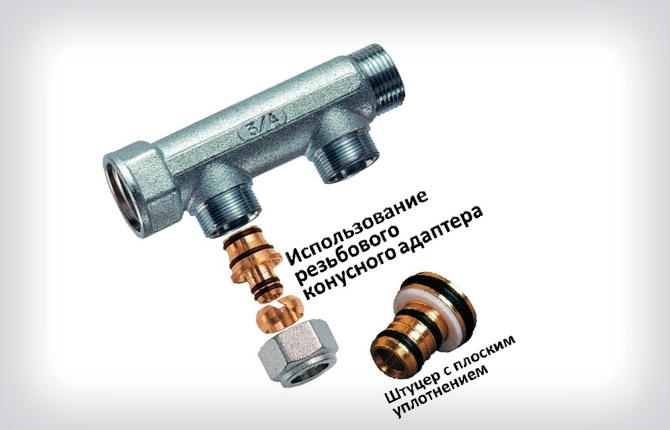 Compression fittings for pipes (HDPE): description, characteristics, types and selection rules, how to connectPlumbingWorks With Pipes

In the construction of water supply and heating systems, steel is being replaced everywhere by polypropylene, low-pressure polyethylene and even composite metal-plastic. For each type of pipe blank... 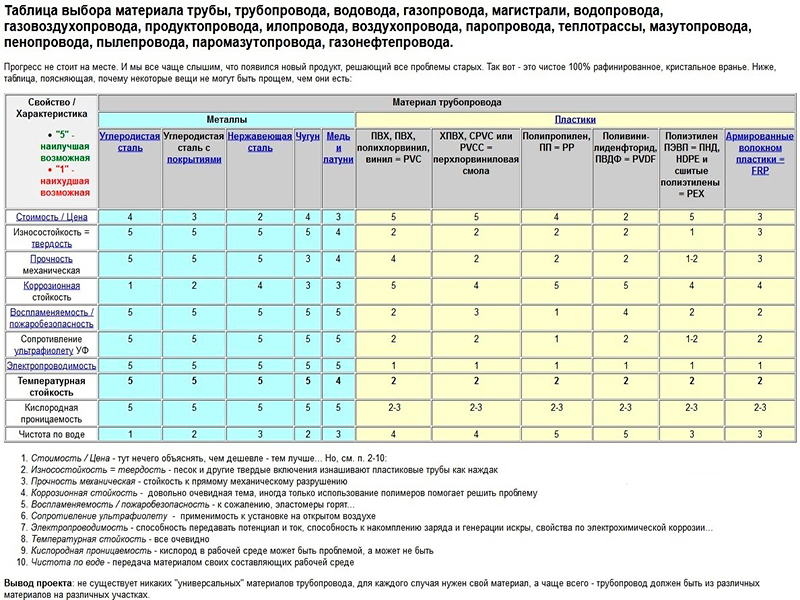 As a rule, the assortment of a building supermarket is limited to products of two or three major manufacturers of polypropylene pipes, which differ in price, color and status. It is difficult to ch...