The welding seam of two pipes is the most unreliable section in pipelines. How long the line will last depends on its quality. To avoid accidents during the operation of the structure, flaw detection of pipelines is carried out. This is especially important for highways located underground.

There are several methods for detecting defects in pipe welds:

Their task is to determine the tightness of the joints, the strength of the metal in the seams, whether there are stresses and other parameters that determine the reliability of pipelines. At the same time, the methods of flaw detection are practically the same for all types of mains: heat, gas, water-, oil pipelines.

All of the above methods are classified as "non-destructive" technologies. That is, flaw detection is carried out right at the construction site. Pipe joints are not destroyed, which reduces the cost of installation work.

The flaw detection of pipelines is based on a scanner called a flaw detector. Each technology has its own principle of operation of this equipment. The most effective flaw detectors:

Details about the methods

Defectoscopy of pipelines is a procedure that must be carried out after the installation of the pipeline. This will avoid its possible destruction during operation. Flaw detection makes it possible to detect any defects in pipes. The principle of operation of scanners that are used in the diagnostic process is different. Therefore, it is worthwhile to study each of them in more detail first.

The principle of operation of the device is based on the creation of eddy currents, which are directed from the outer plane of the pipeline to the inner one through the weld. The current passing through a homogeneous metal structure does not change its parameters. If there are defects inside the seam, that is, its uniformity is broken, the resistance increases, which reduces the strength of the eddy current.

The flaw detector fixes and deciphers this decrease, determining the quality of the weld metal, defects and heterogeneity.

Advantages of the method:

The principle of operation of the eddy current flaw detector

Ultrasonic flaw detection of pipelines is considered the most used technology. It is carried out using five different methods for detecting defects:

In the first case, the ultrasound is sent by the device through the layer of the weld. If there are defects inside the metal, the pulse is reflected in the form of an echo. That is, the ultrasound returns back. The device records the return time, which determines the depth of the shell or pore.

In the second case, not only a device that sends an ultrasonic signal is used, but also a reflector. The latter is installed on the opposite side of the welded joint of the pipeline. If the distance between the two parts of the device and the sound propagation time are known, then by changing the second parameter (magnification), it is possible to determine where the defect is located, what size it is.

The third version of ultrasonic flaw detection resembles the first one. Only the flaw detector is supplied with a reflector, which is installed on the upper surface of the seam, as well as a signal emitter. Both elements are parallel to each other. If a signal came to the receiver, it means that there is a defect inside the metal that reflected the beam.

The next method is similar to the previous one. The difference is that the signaling device and the reflector are located at an angle of 90 ° to each other.

The fifth method of ultrasonic flaw detection is rarely used. The reasons are the complexity of setting up the equipment, the lengthy decoding of the results. It is based on the redirection of ultrasonic energy, the direction of which changes the defect of the weld.

In this case, a transverse beam is supplied, transforming into a longitudinal one. Partially there is a mirror reflection. The reflector catches exactly the longitudinal signal, the strength of which determines the magnitude of the flaw in become.

This flaw detection is based on the property of steel to change the magnetic field near areas that differ from the main part in low density. Here it becomes weaker. Cracks, shells or pores inside the metal have a low density due to the air in them.

To detect defects in pipelines, magnetic powder is used, which is also a ferromagnetic substance. It is poured onto the weld, where electric current is supplied using two coils - magnetizing and additional. Electricity inside the metal forms a magnetic field. If defects are present, it weakens around them. This is the reason why magnetic powder is attracted.

If in the process of conducting a study, powder is collected on the surface, this indicates one thing - a flaw in the weld was found in this area. In-line flaw detection of main pipelines is carried out in this way.

There are two options for testing - dry and wet. In the first case, magnetic powder is used. In the second, the suspension of this powder is an aqueous solution.

In order for the quality of the verification carried out using the second option to be high, it is necessary to study additionally treat the surface with an intermediate material - technical oil, grease and others.

The advantages of magnetic particle inspection include:

This technology is used to detect small surface cracks that are not visible to the naked eye. They are confirmation that the metal at the junction of two sections of the pipeline is heterogeneous.

The process of flaw detection of the pipeline is carried out as follows:

This type of pipeline flaw detection is usually used if it is necessary to detect surface flaws in the metal at the joint. For deep defects, it is useless. And this is a minus. The main advantage is ease of implementation.

To check pipe joints in main pipelines, it is not necessary to use one method of flaw detection. Each site can be surveyed in one way or another. When choosing the optimal method, you must first evaluate how the joint corresponds to it. For example, the capillary method is suitable for water pipes, for oil and gas pipelines only ultrasonic.

Pipeline flaw detection is a necessary procedure that allows you to assess the quality of the laid pipeline, to identify all possible flaws. It is carried out in several ways. It is better to do the procedure at the stage of pipeline installation, so that after completion of the work you will not encounter unpleasant “surprises” in the form of leaks or breaks.

Which method would you prefer to use and why? Write in the comments. Share the article on social networks and bookmark it so as not to lose useful information.

We also recommend watching selected videos on our topic.

Diagnostics of the linear part of the main pipelines.

How is X-ray inspection of welds in production. 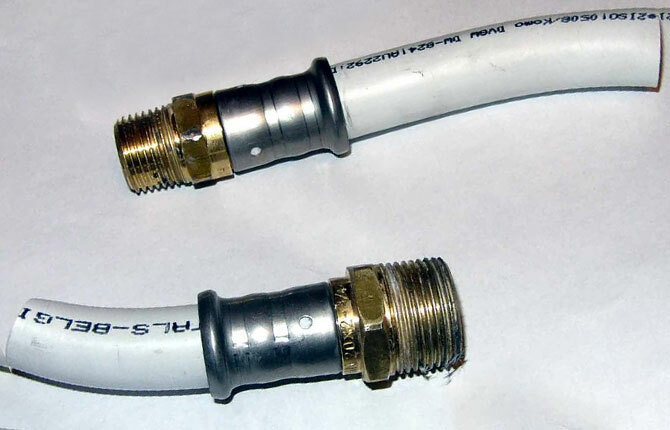 Pipe fittings: what is it, types, types, characteristics, GOST, connections, production, how to choose, reviewsArrangementOther

No modern piping system is complete without control elements. After all, without pipe fittings, the flow of liquid or gas becomes uncontrollable. Selecting controls is not so difficult if you have ... 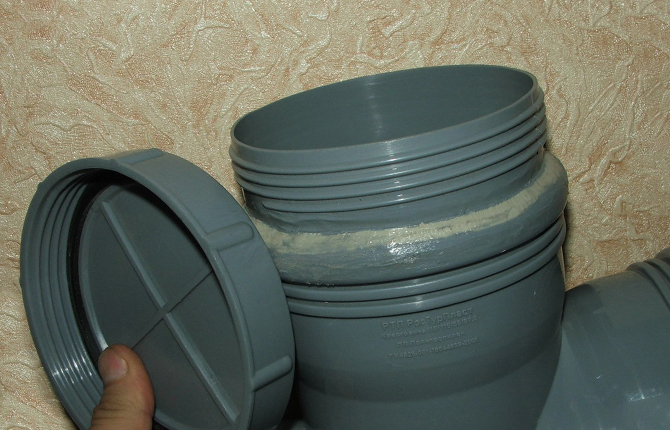 A pipe cap is a fitting that has several purposes. It seems to be an insignificant detail, but in plumbing it marked a whole direction. Hence the broad classification, where divisions are made acco... Organization of space is one of the most important conditions for comfort and coziness for any room. Today, buyers can pick up the necessary furniture in salons or online stores, but still sometime...